“Hey, there was a spi­der in my kitchen last night.  I think it was a Fun­nel Web.”

My response to that is this:  If you “think” it may have been a Fun­nel Web, then it wasn’t a Fun­nel Web.  When you see a Fun­nel Web Spi­der, you know about it. 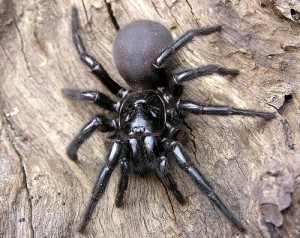 Hav­ing said that, I wouldn’t rec­om­mend pick­ing it up in your hand for clos­er inspec­tion.  And nev­er pick up a “dead” one in your pool, as it may not be.  But I also don’t con­done the sense­less killing of spiders.

So I call this Fun­nel Web Spi­der Syn­drome:  If there’s doubt, it ain’t one.

A sim­i­lar thing occurs with me when I say some­thing like “All cof­fees taste the same to me,” until I have a bad one, then I realise I do have taste buds.

Anoth­er sim­i­lar exam­ple is when some­one claims they can play Fur Elise on the piano, because it’s easy… until they actu­al­ly hear a pianist play it.